Skip to the content
I’m very pleased to welcome Kate Danley to the blog today. She’s a USA Today bestselling author, an actor, and a playwright. She shares sage advice about the business of publishing, including why being a writer can be easier than being an actor. Read on: 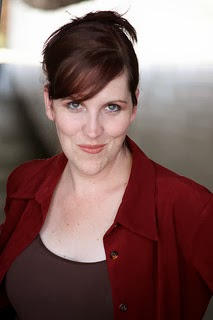 Kate, tell me about Queen Mab.
Queen Mab is the story of Romeo & Juliet told from the viewpoint of Queen Mab. There have been a lot of fantasy authors recently who have been getting Mab (the fairy queen of dreams) confused with Maeve (the queen of the dark fairy court), so I decided to bring Mab back to her roots.  She was created by Shakespeare (much like Coke defined Santa Claus) and appears in only one speech in the entire play.  I posed the question: What if she was real and her love for Mercutio was, in fact, responsible for everything that happened to Shakespeare’s star-crossed lovers?  What came out was a dark, romantic fairy tale that I still can’t believe I actually wrote.
How did signing with 47North come about? 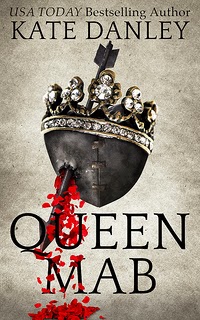 I had submitted my book The Woodcutter to publishers for about five years and no one would touch it. It KILLED me. I knew I had this beautiful story, but it was dying a slow death on my hard drive. Then one day, I got this email saying, “If you want to be a published author and have a manuscript, just click this button and you’ll be published.”  So I did. And it was the single most important decision I ever made in my life. The Woodcutter went on to win awards, including the Garcia Award for Best Fiction Book of the Year. It caught the attention of the team at 47North, and one day I opened my email and there was a message asking me if I might be interested in talking with them. I said, “Yes.”
You’re both an actor and a writer – which is the crazier business to be in? Do you find there is much overlap in the survival skills needed for one vs. the other?

It’s funny that up until recently, being an actor was a much sounder business decision than becoming an author. Bless this glorious digital age! I never thought I’d ever be published, much less be supporting myself full-time or sitting on the USA TODAY Bestseller list. It seemed much more doable to get a national commercial than have a national bestseller. How wonderful to be wrong!
The odds are not good for either career. As an actor, the reality of the business is that you have to wait for someone to write the perfect part for you, then have someone come up with some money, then get a director who likes your type, then have an audition notice posted where you’ll find it, all for an audition against twenty other people who look just like you, and then maaaaybe you’ll get the part. But if you can write and produce for yourself… well…  It makes things just a wee bit easier. Being a self-publisher mirrors that experience. I can either wait for an agent and publisher to have room on their docket for someone like me and hope that I get past the slush pile… or just do it myself.
But what acting taught me was work ethic. It doesn’t matter what’s going on in your life, the curtain will go up and you will go on, and an audience doesn’t care if you’re having a bad day or sick or just not “feeling” it.  If you’re not committed 100%, you look like the jerk. Showing up at the computer each day is a piece of cake compared to a cattle call. Promoting your book beats the pants off of mailing headshots and resumes. Getting a cover designer is very much like getting headshots done. The business of writing and acting are the same beast. You’re marketing your brain, but one is wrapped up in the package of your face, and the other is wrapped up in the package of your words.
You’ve also given self-publishing a try and done well. Comparing the two experiences, do you have any advice for those of us who might want to try the hybrid approach and dip our toes in self-publishing waters in the future?